A late visit to Barming Woods this evening turned up a churring Nightjar.  Glad he's back!
Posted by Adam at 23:09 1 comment:

The Harris Hawk was seen again this morning from my garden in South Street, Barming.  It's become an almost daily sighting, either gliding above the A26 Tonbridge Road or soaring around The Bull and Matterdale Gardens/North Street area.  An impressive bird!
Posted by Adam at 20:40 2 comments: 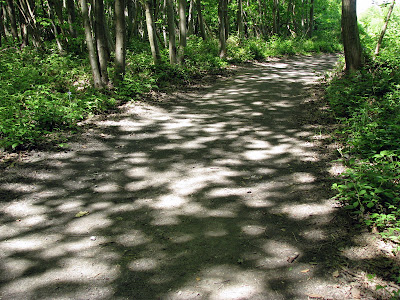 The best place to be today was in the woods, in the dappled shade of Barming Woods, away from the 27.C heat!  Good numbers of butterfles were on the wing, including Orange-tip, Peacock, Large White and Speckled Wood.  I cycled round to where I'd heard the Tree Pipit on Friday, but with coppicing continuing close-by I couldn't pick out its song, only a close by Willow Warbler.  Cycling back to work a Common Buzzard lifted off from one of the older coppice plantations and soared on the thermals, before drifting west. 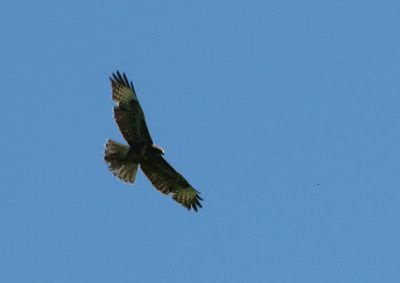 A late evening circular walk from Barming Bridge via Teston Country Park and Barmin Woods turned up a mixed bag of birds including a Turtle Dove (West Farleigh bank), Swifts and a Reed Bunting singing (Teston Lock) but none of the target species; Kingfisher, Spotted Flycatcher, Barn Owl or Nightjar - may be I'm being too impatient!
Posted by Adam at 22:24 No comments: 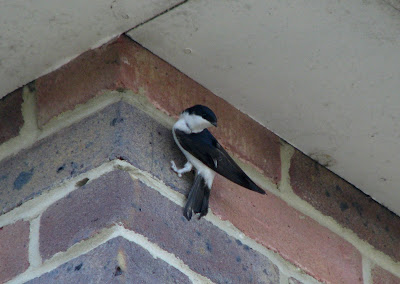 All the usual suspects on the cycle into work - but Linnets and Yellowhammers more noticeable than of late.  A sortie up to the felled areas in Barming Woods turned up a distant Tree Pipit, heard not seen, and good numbers of Willow Warblers.  It was good to see House Marting, 8 in total, prospecting sites around the East Malling Research main laboratory buildings - they've been around since Tuesday.  Pleasing to see a few more than last year.
Posted by Adam at 22:10 No comments: 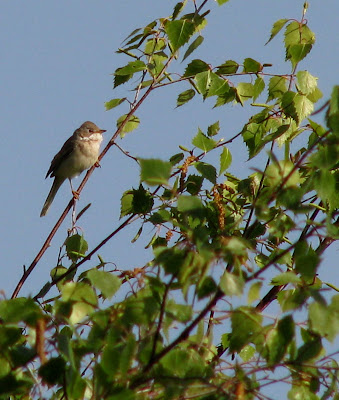 A couple of Whitethroats singing along Gallagher's Gallop this morning, including one in the hedgerow near Kiln Barn Farm - it seems to have been a good year so far for these birds on my patch.  I paid a long overdue visit to Ditton Quarry at lunchtime, a few Blackcaps and Whitethroats but really quite quiet. 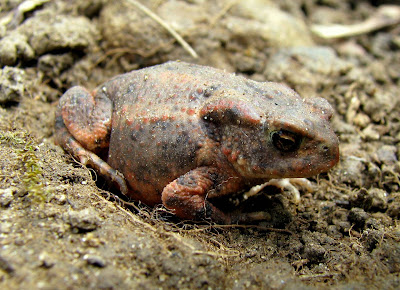 A toad and a Holly Blue were the only other sightings of note. 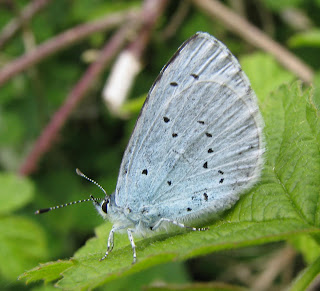 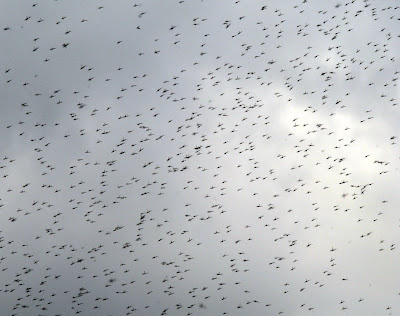 I can see why the Swallows and Swifts were swarming around Bradbourne Lake yesterday - flies, everywhere.  A Jay hassled a pair of Blackbirds, and a pair of Greylags paraded their young (not sure why the Coot joined in!).

Then a real East Malling rarity - a Jackdaw, in amongst the Crows. 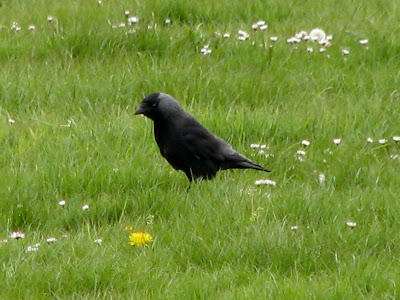 The less said about my evening trip to see the Red-necked Phalarope the better!
Posted by Adam at 21:34 No comments: 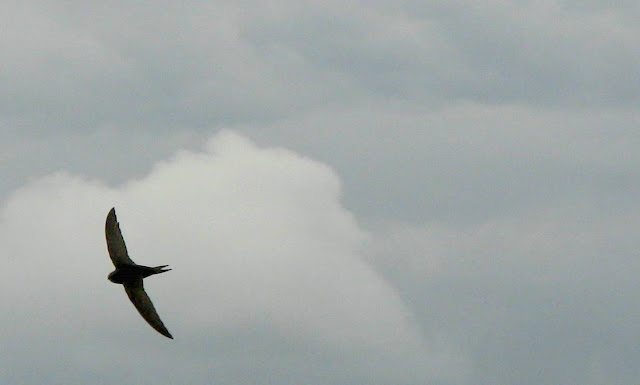 A tour of the coppiced areas of Oaken Wood before work failed to turn up a Tree Pipit, a species I'm likely to have to miss off the patch list again this year.  Numbers of Willow Warbler seem to have increased.  With news of a Black Stork in Mote Park, and then it's subsequent disappearance I felt the need to check out Bradbourne Lake/Sream and the surronding fields just on the off-chance.  Of course I didn't find it (a possible was reported over Dagenham as I looked!). 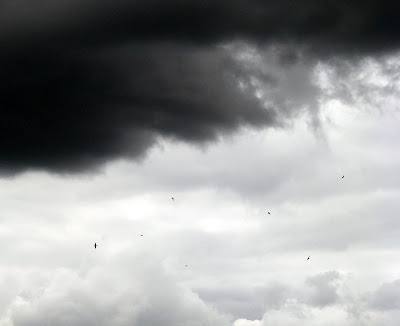 I did see a 'swarm' of Swifts and Swallows over the Sports Ground opposite Bradbourne House lake. 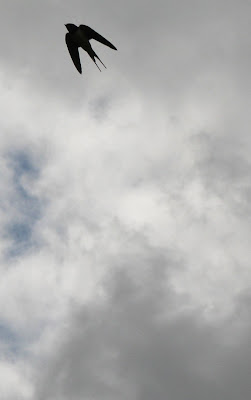 A couple of Whitethroats were flycatching from a willow at the western end of the lake - the first time I've had this species in this location. 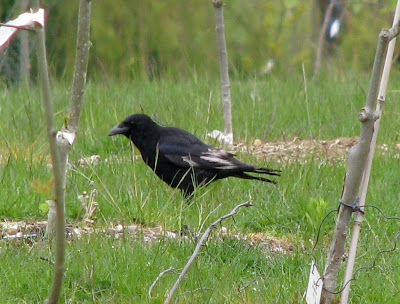 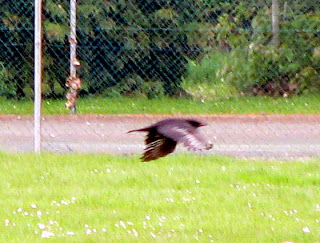 Crows hopped amongst the Greylag Geese near the stream, with one individual having very worn primaries, showing as a white band on the upperwing as it flew.  A couple of Coot chicks were being well protected by their parents 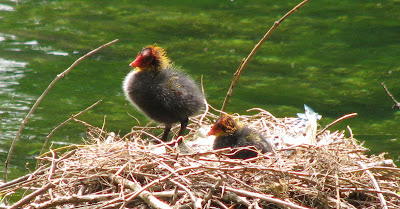 A Lesser Black-backed Gull sat on the roof the Ditton Laboratory as I cycled home.
Posted by Adam at 22:00 2 comments: 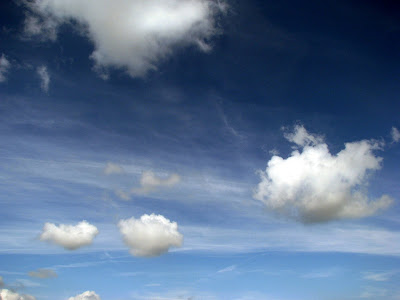 The weather slowly improved throughout the day and by lunchtime the sky was filled with scutting, fluffy clouds against a brilliant blue sky.  A GS Woodpecker peered curiously out of it's nest hole in a tree near the footpath crossing by East Malling railway station. 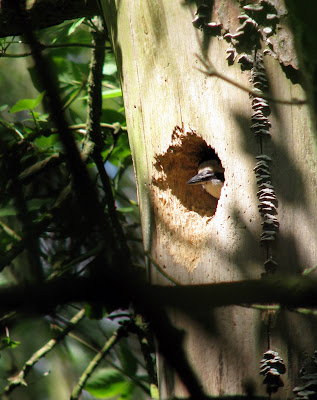 A scan of the Paris Farm Paddocks turned up my first House Martins of the year, a couple of birds periodically dropping to the ground before zipping back amongst the Swallows.  Whitethroats scratched out tehir sone from the hedgerow along Easterfields, the Little Owl sat out in it's usuial spot near Kiln Barn Farm and a Grey Heron lifted from the cereal field near the entrance to the research station.
Posted by Adam at 21:11 No comments:

Just east of my patch this afternoon during a brief respite from the rain - walking the bluebell woods just N of Wateringbury.  A Cuckoo called from the area of Heath Farm, East Malling.  I visted the Kiln Barn Farm Barn's with a friend's little lad who was desperate to see an owl - needless to say the Little Owl wasn't there.  A Swallow sat up on one of the nearby wires and two Swifts, my first this year for the patch, scythed overhead.
Posted by Adam at 21:03 No comments: 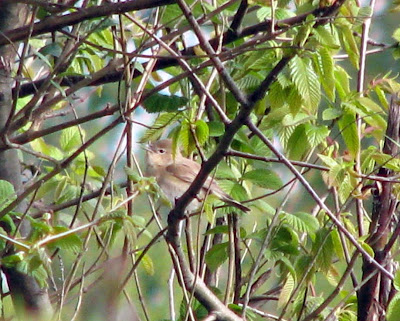 Garden Warbler - the song is more exciting than the plumage!
A bitterly cold NE blew against me all the way into work - a Garden Warbler was the only thing of note, but Chiffchaffs and Blackcap, all  good coppice birds were singing.  A scout of the paddocks around at lunchtime East Malling checking all those fence posts turned up a Little Owl, a couple of Song Thrushes and a Pied Wagtail.  On the way back home a couple of Swallows skimmed the paddock opposite Kiln Barn Farm and, at last, a Cuckoo heard from the South Street Orchards in Barming and a couple of Whitethroats near the railway line. 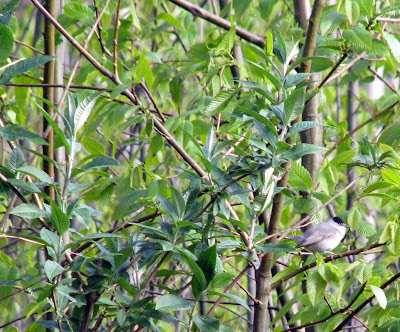 Spot the Blackcap - another leaf warbler that can be very well hidden.
Posted by Adam at 21:08 1 comment: 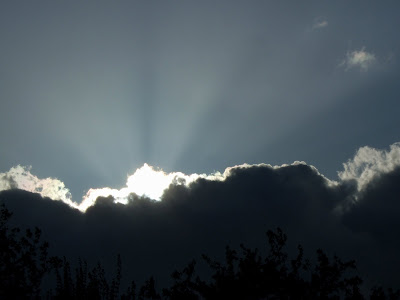 After yesterday's deluge it was good to see a few clouds with silver linings!  I was pleased to get out the house for a cycle around Barming Woods with my lads.  Nothing out of the ordinary, more Blackcap and Garden Warbler song, I was hoping to maybe hear a Turtle Dove but the clattering of the coppice in the strong NE put pay to that.  Back at home I was pleased to see three fledgling Dunnocks in the garden - the first young of Spring I've seen. 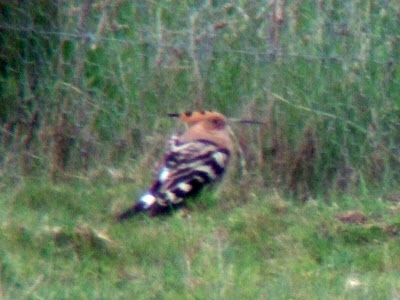 At a loose end looking after the kids (my wife was working a 12-hour shift) I decided to take them trainspotting - they're both into trains - Lenham Heath seemed the ideal place for some reason!  I was pleased to see the Hoopoe again - such an exotic bird to have in the neighbourhood.  I managed a couple of poor record shots before it took flight, giving fantastic views as it dipped and rose through the air.  Nearby a Willow Warbler was singing, five Linnets were tinkling away and a couple of Swallows sat on the wires in Harrietsham. 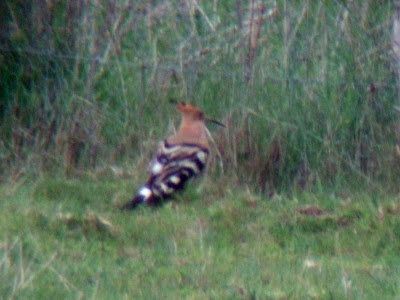 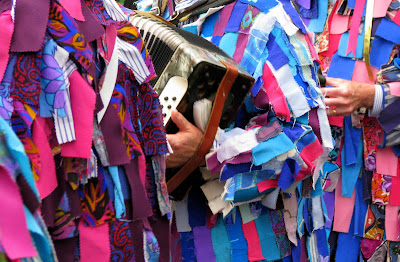 Yesterday's Hoopoe was still around at Lenham Heath and with it being so close to a railway line and my litttle lad being a train buff I thought it would hurt to go and have another look.   We arrived in time to see a Javelin train go through - James was happy - and a Hoopoe preening on a fence post next to the line - me happy.  It took flight and landed in the sheep field it's been frequenting of late, where it crept through the long grass giving brief but decent views.  Another train passing spooked it and it took flight over the adjacent cereal field and briefly landed in a dead tree, again giving good scope views, before flying back into the trees by Bowley Lane.  My lad, James, had by this point clocked up four Javelins and two Eurostars and I was pleased with the views I had (better than last night's 15 seconds!) so we moved on.  Good to see fellow local blogger Simon Ginnaw (http://www.motepark.blogspot.com/) there and glad I wasn't the only one straying off patch today! 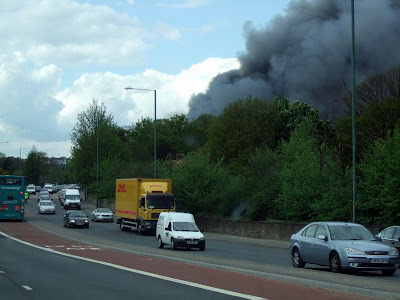 Driving back along the M20 I noticed what I though was a huge rain cloud.  Sweeping around it was a single Swift, but I soon released it was smoke and as I exited on Jcn 5 I could see it was eminating from the Quarrywood Industrial Estate - Homebase in flames!

It being the first of May I finished the day watching the Kettle Bridge Clogs (http://www.kettlebridgeclogs.org/) dance across Barming Bridge, a tradition that's gone on for at least the last 25 years. 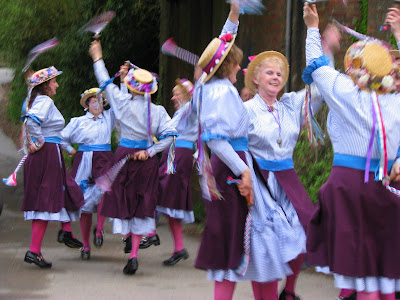